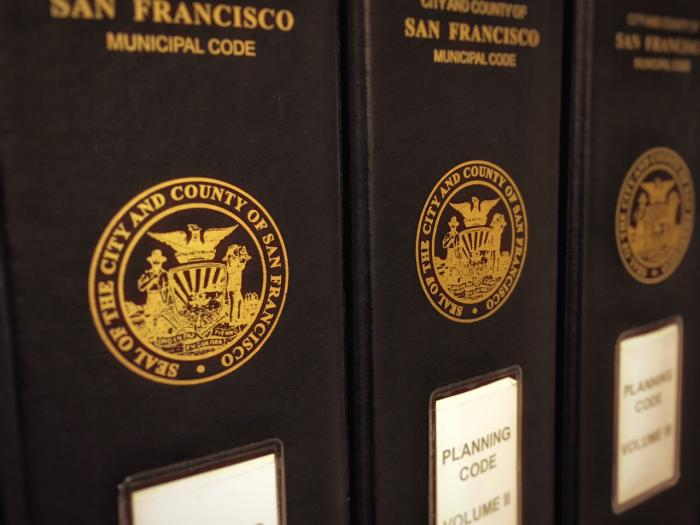 The Code Reorganization Project is a necessary step toward a more organized and comprehensive Planning Code that will benefit future planning efforts in both organization and transparency, and at establishing equal access for all to the Code.

Initiated in 2013, the Code Reorganization Project seeks to restructure the Planning Code so that it’s easier to read, understand, and use.

Over the years, the Planning Code has grown considerably; at times with conflicting or complex provisions.  This has created challenges for the public to understand the Code and become involved in the planning process, as well as for Planning staff to provide clear and straightforward information to assist the public in understanding even the most basic land use controls. Perhaps most troubling, however, is that the current structure creates inequities within the many neighborhoods in the City; between those who have the time and access to expertise and those who do not.

Phase I consolidated four different sections containing duplicative use definitions into one section of the Code (Section 102), and created Zoning Control Tables in Article 2 for Residential (RH, RM, and RC), Downtown (C-3), and Industrial (PDR, and M) zoning districts similar to the ones already used in Neighborhood Commercial Districts (Article 7). This effectively allows users to obtain building standards and use controls for a particular zoning district in one place.

Another benefit of the new Zoning Control Tables is that they account for every use in the Code.  This allows users to easily find out what uses are allowed in a particular zoning district in one chart, rather than having to rely on interpretations by the Zoning Administrator or complex cross referencing.  It will also allow for greater modifications of neighborhood land use controls by removing use groupings that limit how certain uses can be regulated.

The last step, Phase 3, will follow the same protocol for Article 8 of the Planning Code addressing Chinatown and Mixed Use Districts, and will be initiated once Article 7 has concluded.

One of the most noticeable improvements resulting from this Project is how definitions have been more specifically attributed to distinct uses throughout the Code by the removal of use groupings. This serves two purposes; the first being to maintain all existing controls in every zoning district. For example: In Article 2, Institutional Uses such as Schools, Childcare, and Social Services are regulated and defined separately; however, in Articles 7 and 8 these uses are combined into one definition termed ‘Other Large Institution.’ Conversely, Articles 7 and 8 are very specific when it comes to Retail Sales and Services Uses, whereas Article 2 made few distinctions in this category.  Establishing specific and consistent definitions allows all existing controls to be maintained.

The second purpose is to allow individually named Neighborhood Commercial Districts to create more tailored controls. To reference the same example above; Schools, Childcare, and Social Services are currently structured as the same use in Neighborhood Commercial Districts. The proposed changes will allow these uses to be regulated separately if needed.  For example, if a neighborhood wants to permit Social Service uses as of right, but still wants to require conditional use for Schools, they can now do that. Prior to that, neighborhoods were left with an all or nothing choice.