The Community Safety Element focuses on seismic hazards, because the greatest risks to life and property in San Francisco result directly from the ground shaking, ground failure, and other impacts associated with large earthquakes. Other hazards common in other California communities, such as ground failure, inundation, landslides, hazardous materials releases and fire, are most likely to occur in San Francisco in association with an earthquake, and are addressed in that capacity. Additionally, other hazards, particularly man-made hazards, pose threats to the City’s health and welfare, and must be considered here in terms of hazard mitigation, preparedness, response and recovery.

The Community Safety Element establishes policies to guide the City’s actions in preparation for, response to, and recovery from a major disaster. Implementation of the Community Safety Element is carried out through a number of City plans and programs, as described below, most specifically the City’s Hazard Mitigation Plan and the programs developed under the Resilient San Francisco Initiative (ResilientSF) – as well as by the agencies and
entities referenced in relevant policies. 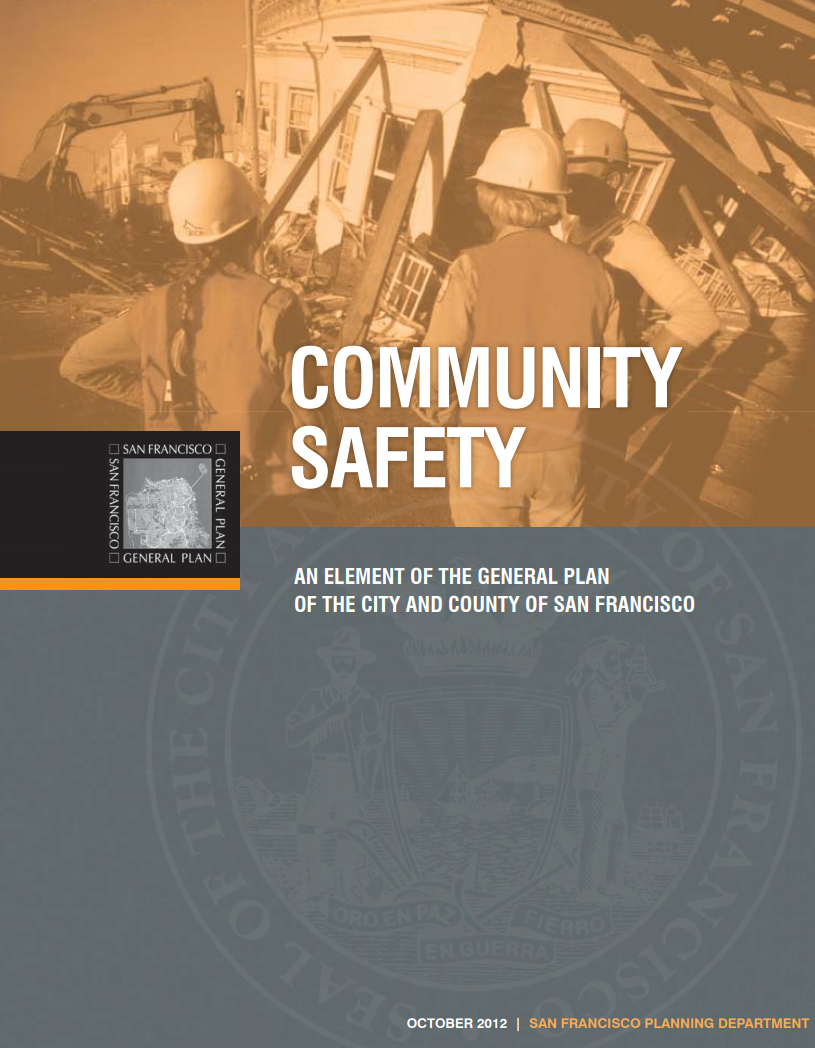