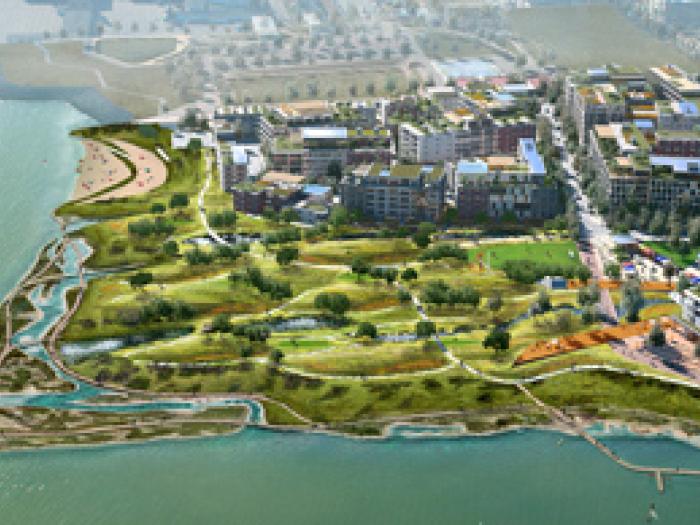 The first main component is the 700 Innes Avenue Development Project, which currently consists of 17.2 acres of mostly bay fill vacant land.   The Project envisions the creation of a mixed-use village with retail shops, apartments, and townhomes intricately linked to a six-acre park along the shoreline.   At completion, 700 Innes would include approximately 1,250 dwelling units, an allowance of up to 270,000 gsf of retail, and 1,800 parking spaces. The Project would also include approximately 5.62 acres of publicly accessible open space, and 4.3 gsf of publicly accessible right-of-way.

The second main component is the India Basin Waterfront Parks and Trails Project, which would include the creation of a new City park at 900 Innes (1.8 acres) along with the rehabilitation of two existing open spaces, India Basin Shoreline Park (5.6 acres) and India Basin Open Space.

A Development Agreement between the City and India Basin Investment, LLC was approved by the Board of Supervisors in October 2018 and became effective on October 3, 2019.

The project issued a Notice of Determination in November, 2018.

It is anticipated that the master approvals of the project will include rezoning (establishment of a Special Use District specifically for the site) and a Development Agreement between the Project Sponsor and the City.