Due to COVID-19, the Planning Department is operating remotely and the Permit Center is open on a limited basis. Find more information on our services here. 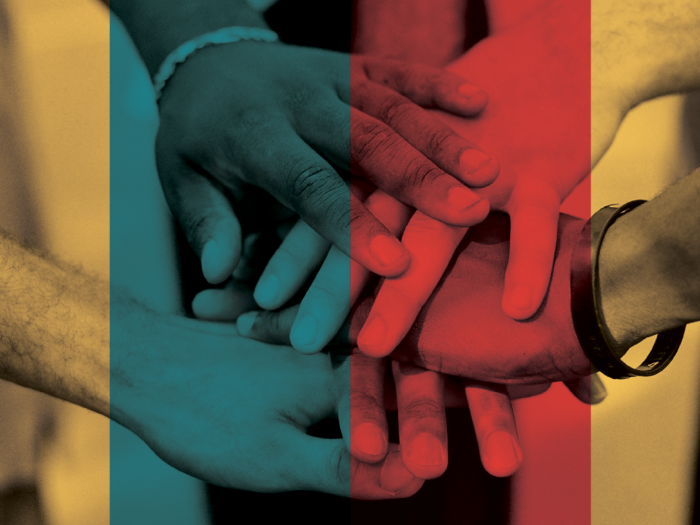 We envision an inclusive Planning Department and Commissions that represent and engage the communities we serve. We envision a Department that proactively infuses racial and social equity in both internal operations and external Planning work. Together, we are reimagining what the Planning field is and can be – inclusive, diverse and one that centers racial and social equity both as a practice and as an indicator of success.

In order to achieve this broader city vision, we must do our part and address racial and social equity within the Planning Department’s policies and practices.

Adopted in 2019 and revised in 2020 to align with the San Francisco Office of Racial Equity's Citywide Racial Equity Framework, the Department's Action Plan is an essential component of Planning's work supported by Mayor London Breed, the Board of Supervisors, the Office of Racial Equity, the Human Rights Commission, and many other racial equity champions across the City. Phase I of the Plan contains specific goals, objectives, actions and accountability measures to implement and track progress on our internal racial and social equity goals.

Since its 2019 adoption, the unprecedented events of 2020 have forced us to reexamine how we can advance racial and social equity in our role as planners and public servants. This work is now also guided by the Commissions' 2020 Equity Resolutions to focus the Department's work and resources on achieving an equitable city that works for all.

Planning's Action Plan will be updated every three years and monitored consistently. The Action Plan is our primary tool to help advance racial and social equity in our work in a comprehensive way, including internal and external processes (hiring, public information, project review, outreach, etc.), policies and programs, staff capacity-building, and process improvements. The Office of Racial Equity is the lead agency citywide advising, conducting citywide racial equity trainings and providing coordination across departments.

The effort consists of the following components:

The Plan’s development is a learning and evolving process. However, implementation of the Plan has already begun by launching our staff training in structural racism and bias, and using an interim Racial and Social Equity Tool for some of our work.

Phase 2 of the Plan focuses on the external functions of the Department. We will conduct a community engagement process to develop goals, objectives, and actions that address community concerns and causes that prevent us from advancing racial and social equity in our work.

What is Racial and Social Equity?

The Planning Department and other City agencies participating in the Citywide Racial Equity Team lead by the Human Right Commission are defining racial equity, consistent with the Government Alliance on Race and Equity (GARE), as a state when race can no longer be used to predict life outcomes and outcomes for all groups are improved. Social equity is fairness and justice in the management of public institutions, forming of policy and delivery of public services taking into account historical and current inequities among groups, such as along gender identity, sex, religion, and disability status.

Why Lead with Race?

The City of San Francisco challenges all forms of oppression, including racism, sexism, heterosexism, ableism, and many others. The Racial and Social Equity Initiative is the Planning Department’s proactive strategy to comprehensively and intentionally address these issues internally and externally in our work. The Planning Department is leading with an emphasis on race to acknowledge that racial inequities have been baked into government, including the planning field, from the inception of this country; and to confront the reality that racial inequities continue to exist in our community. These racial inequities affect all of us and our ability to live well and thrive. We believe that challenging institutional and structural racism is essential to a just and equitable society.

Emphasizing racial equity provides the opportunity to introduce a framework, tools, and resources that can also be applied to other areas of marginalization. Subsequent phases of this work will expand to include other social equity issues beyond race as we develop capacity and resources for implementation. We lead with race and are working on addressing institutionalized sexism, heterosexism, ableism and other oppressions. According to the Government Alliance on Race and Equity (GARE):

“ It is critical to address all areas of marginalization, and an institutional approach is necessary across the board. As local and regional government deepens its ability to eliminate racial inequity, it will be better equipped to transform systems and institutions impacting other marginalized groups.”

Why a Racial and Social Equity Action Plan?

For many in our region, San Francisco is a great place to live, learn, and work. Yet we have deep and persistent inequities–that in many cases are getting worse and threaten our collective prosperity.

Current day disparities show that people of color continue to fare worse, many years after the Civil Rights Era, than their white counterparts in every area: housing, employment, education, criminal justice, and health. For example, household income for white households is close to three times that of black families and close to double that of Latino, and Native American households; 53% of inmates in the San Francisco County Jail are black while black people only comprise about 5% of the City’s total population; and statues and symbols glorifying the conquest and genocide of Native American people exist alongside high school dropout rates, low life expectancy rates and a high percentage of stress-related illnesses for Native Americans in our city.

From the inception of our country, government at every level has played a role in creating and maintaining racial and other forms of inequity. A wide range of laws and policies were passed, determining who could vote, be a citizen, own property, where one could live, and more. With the Civil Rights Movement, laws and policies were passed that helped to create positive changes, including dealing with explicit acts of discrimination. However, despite progress in addressing explicit discrimination, racial inequities continue to be deep, pervasive, and persistent in San Francisco and across the country. Native Americans and blacks have the highest unemployment rate at 15.2% and 17.1% respectively, despite being only 0.3% and 5% of the population respectively. Also, 50% of black households, 31% of Native American, and 30% of Hispanic/Latino households are severely overburdened with housing costs. In addition, close to 50% percent of white residents own their homes, while no other group gets close to 50%: Asian residents have the next largest home ownership rate at 35.7%, and no other group exceeds the 10% rate, most are below 5%, and Native Americans have the lowest rate of any group at 0.2%.

Because the public sector has a responsibility to work for the public good, these racial inequities can and must be addressed. Government has the ability and duty to implement policy change at multiple levels and across multiple sectors to drive larger systemic change.

Planning’s work deeply impacts the lives of San Francisco residents and has the opportunity and responsibility to help close disparities. By framing and implementing our work through a racial and social equity lens, we have the opportunity to achieve a number of goals, including but not limited to: more inclusive community engagement processes; better informed policy development; more accessible and relevant programs; and more diverse and equipped staff to meet the needs of San Francisco’s diverse population.

The Department is working to integrate and build equity into how we do all of our work. The Racial and Social Equity Action Plan Phases 1 and 2 will provide the blueprint to  bring racial and social equity outcomes to the forefront of all our work. While equity is being integrated throughout, the projects below are some key equity efforts to highlight:

The Housing Element is San Francisco’s housing plan for the next eight years (2022-2030) and the first one that will center on racial and social equity. It will include policies and programs that will guide our collective vision and value for the future of housing in San Francisco. It will define our priorities for housing solutions  and  determine resource allocation for creating housing and providing housing services.

The Mission Action Plan 2020 (MAP2020) is a recent project that has been deliberate about ensuring equitable outcomes and addressing disproportionate impacts for a specific population impacted by the housing affordability crisis due to gentrification and displacement. Other examples of recent projects that highlight equity and/or use a deliberate lens to address disproportionate impacts on specific groups include the SoMa Pilipinas: Filipino Cultural Heritage District; the LGBTQ+ Cultural Heritage Strategy; Sustainable Chinatown; the Japantown Cultural Heritage & Economic Sustainability Strategy; and the Health Care Services Master Plan among others.

To stay engaged and receive updates for future events for the development of Department’s Racial and Social Equity Action Plan, Phase 2 please subscribe to our email list.