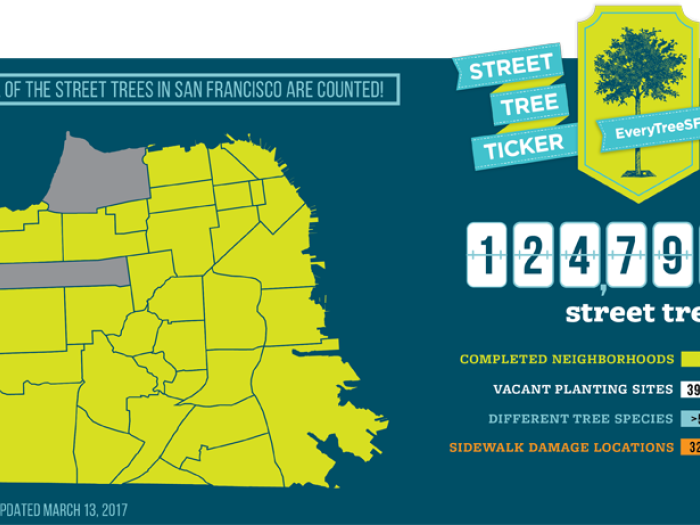 Do you know how many street trees there are in San Francisco?

Beginning in January 2016, a team of certified arborists began mapping and recording every street tree in the City. Upon completion in January 2017, the census identified the exact location, species and current condition of every tree, in addition to identifying potential vacant sites for future plantings.

The final results have revealed 124,795 street trees, over 20,000 more than previous estimates including 500 different species.

How will the data on the City’s street trees be used?

The Street Tree Census data is being used by San Francisco Public Works’ Bureau of Urban Forestry to carry out citywide tree maintenance and planting activities as part of the StreetTreeSF Program.

Congratulations to Chloe, the winner of the Guess How Many Trees Contest! Her guess was the closest to the final Street Tree Census total (124,795 trees). Her Grand Prize - a Cathedral Oak street tree planted in her name on Arbor Day 2017.