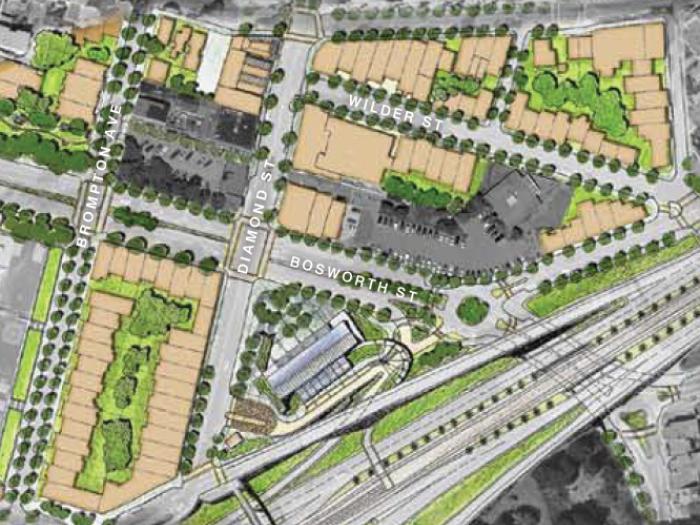 In 2003, a series of intensive planning workshops took place with residents, merchants, and public agencies to create a preliminary community plan for Glen Park. The result of this work was the Draft Glen Park Community Plan (2003). After completion of the draft Plan, the project was postponed until additional funding was identified to carry the Plan forward. In 2009, the Planning Department re-initiated the community planning process to revise and update the draft Plan.

What is the Community Plan? This Glen Park Community Plan is the product of a sustained community process to address issues and op­portunities facing the neighborhood. The focus of the Plan is the "village" or downtown Glen Park – the small cherished but challenged center of the neighborhood and source of great community pride. This is not a redevelopment plan or a plan proposing major change. Instead, it concentrates on a few key issues and provides strategies to preserve and enhance the unique character of Glen Park.

The Plan will become official City policy providing long-term guidance to decision makers and public agencies to ensure future infrastructure projects and land use changes are carried out with sensitivity to the neighborhood's concerns, needs and desires. The Plan directs the City to implement certain near-term projects as well as pursue a couple of larger future visions.

Dating from the early days of San Francisco, Glen Park has evolved from an area of disparate homesteads and pastures into a vibrant and distinctive urban place. The neighborhood combines many of the best features associated with dense urban neighborhoods with the characteristics of a small town. Glen Park's location, walkability, access to nature, connection to transit, and retail district all contribute to the neighborhood's unique character. This updated version of the 2011 Draft Glen Park Community Plan reflects our discussions with the community over the last few months. The Plan includes additional information on neighborhood history and the planning process. Revised summaries of the zoning and height proposals for the Plan Area can also be found here.

The Glen Park Community Plan will include chapters on Transportation, Land Use & Urban Design, and Open Space. These will outline a set of objectives and policies to inform community improvements. An implementation document will accompany the Plan describing how and when (near, mid or long-term) improvements will be implemented and funded. Downtown Glen Park's neighborhood commercial district provides an eclectic mix of small shops, restaurants, grocery store and library. Any new buildings or major renovations should lead to the creation of attractive, pedestrian-friendly places to live, visit and shop in. Any future development proposals should be created in concert with the community to ensure they support the context and character of the "village." Opportunities to preserve and strengthen this successful area include adjusting land use controls, street and public realm improvements, expansion of the retail district. Several unique open space opportunities exist that will be explored through the Plan. The desirability of Glen Park is formed in large part by the neighborhood's strong transit and pedestrian-orientation. Glen Park is especially busy at rush hours with cars, buses, and pedestrians trying to get to/from the Glen Park commercial district, BART station, freeway, and surrounding neighborhoods. The City's Transit First Policy generally emphasizes the movement of pedestrians, bicyclists and public transit over private vehicles. The Community Plan recognizes Glen Park has a number of competing transportation modes that must be balanced to ensure the street network performs optimally for all and supports long-term goals.

Transportation projects supported under the Community Plan include: