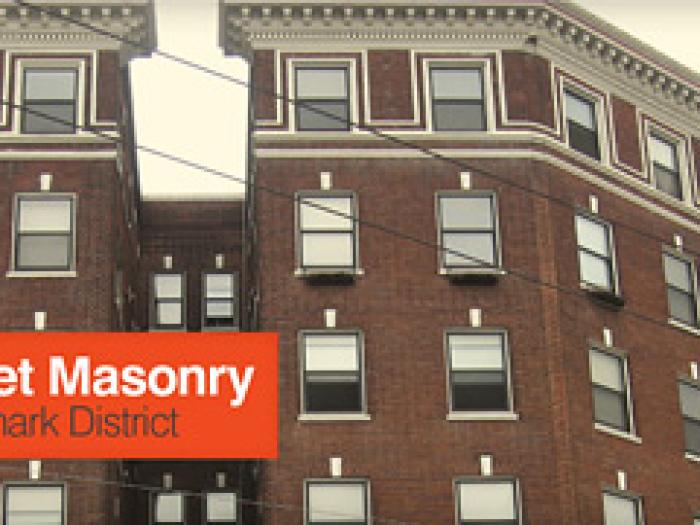 Eight architecturally significant buildings on and near Market Street between Franklin and Valencia Streets comprise the discontiguous landmark district. Master architects including August Nordin and George Applegarth designed buildings in one of the formal styles of the early 20th century, such as Classical Revival, Colonial Revival, and Venetian Gothic Revival.

During the recent Market and Octavia Area Plan survey effort, the eight buildings comprising the landmark district were identified as historic resources for their exceptional and remarkably intact architectural character. On June 15, 2011, the Historic Preservation Commission added the buildings to its Landmark Designation Work Program for local designation. Locally designated properties are regulated under Article 10 of the Planning Code.

District buildings were constructed between 1911 and 1925, when permanent structures were built of earthquake and fire-resistant materials such as reinforced concrete or a combination of brick and reinforced concrete. The buildings display a formal three-part arrangement consisting of a base (often with a commercial storefront), main portion or column (often with residential floors), and decorative top (a cornice or decorative parapet). Projecting bay windows visually reinforce the vertical emphasis, while increasing the light and air into the interior of many of the buildings.

All of the buildings are well-preserved examples and retain most or all of their character-defining features. Unaltered historic storefronts, with their glass transom lights, bronze plate glass window frames and decorative bases are still commonly found on the buildings.