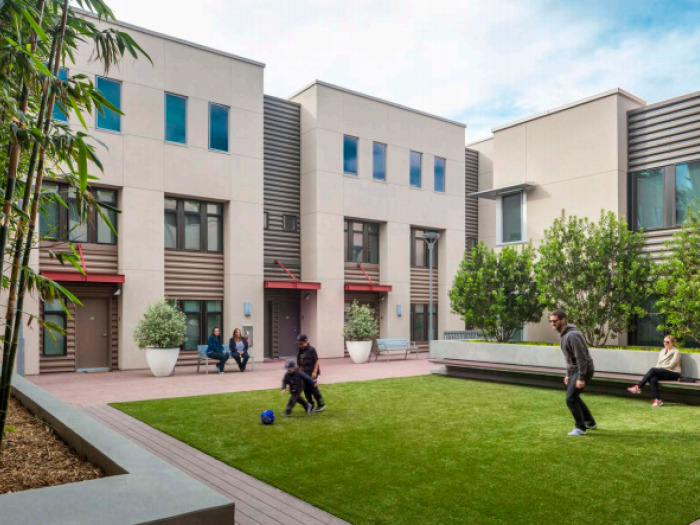 The Housing Affordability Strategies (HAS) project will provide a framework to help city staff, policymakers, and the public evaluate how our housing policies and plans work together to address housing affordability for our diverse population. The project will inventory and assess current and potential policy tools in relation to metrics for improved housing affordability with a particular focus on outcomes for low and moderate-income households in relation to the broader housing market.

Our Housing Challenges: San Francisco is in a housing affordability crisis with housing costs that have increased far faster than inflation since the late 1990s and become acutely expensive during the economic boom after 2011. Due in part to lack of affordable housing coupled with insufficient overall housing production and an influx of higher income households, the city has seen an increase in cost burdens and a drop in low- and moderate-income households, certain racial/ethnic groups, and household types. Simultaneously, San Francisco has a long-standing commitment to invest in housing affordable at low and moderate incomes and to protect tenants with local ordinances on rent control and just cause eviction. Despite these efforts, the city has struggled to substantially improve housing affordability for low and moderate-income households and lacks a comprehensive picture of how various policies and programs work together to address affordability, a gap the HAS is meant to fill.

Relationship to Existing Plans and Reports: The Planning Department currently prepares various required housing plans and reports including the Housing Element, Housing Inventory, and Housing Balance Reports. While these plans and reports include data, analysis, and high-level objectives, their content is mostly prescribed and they are not designed to improve housing affordability. These plans and reports do not describe how our various housing policy tools, including investments, policies, and plans, work together to improve housing affordability and deliver housing needed across the income spectrum. With more understanding of the potential impacts of housing policy tools in relation to metrics for improved affordability and in relation to each other, policymakers and the public can better address our housing challenges.

Staff will work with consultants and city colleagues to analyze the impacts of various investments, policies, and plans relative to housing affordability metrics and work with stakeholders, including community members, researchers, practitioners, and policy advocates, to suggest metrics and policy tools. This work will build on the Department’s Community Stabilization Strategy project, which is focused on how to keep residents in existing housing and neighborhoods. Due to technical or capacity limits, the HAS may assess certain tools using a quantitative approach while others will be assessed using a more qualitative approach. The HAS will analyze the impact of policies relative to key metrics for improved housing affordability over the long term including how policies help to:

The HAS will also try to address additional factors that affect housing and relevant policies, including:

The HAS will be shaped by input from diverse voices including:

Collaboration with City Partners: Planning will work on the HAS with City agencies who also focus on housing including MOHCD, the HSH, OEWD, the Controller’s office, the Rent Board, DBI, and others.