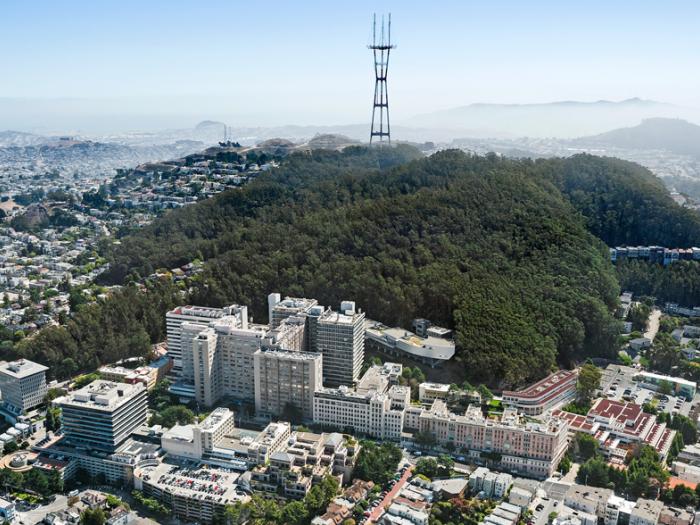 The University of California San Francisco developed the Comprehensive Parnassus Heights Plan (“CPHP”) to replace and substantially expand medical, research, and academic facilities and housing on the campus, which is the original and largest of UCSF's campuses. To ensure that this expansion aligns with City’s priorities for housing, transportation and other topics, and sufficiently addresses the needs created by the proposed growth, UCSF and the City of San Francisco developed a Memorandum of Understanding (“MOU”). View the signed MOU here.

As a State institution, UCSF is not subject to San Francisco’s local land use regulations and permitting jurisdiction. The UC Regents are the body that approves plans and projects at UCSF and certifies environmental review documents pursuant to the California Environmental Quality Act (CEQA). Some infrastructure projects, such as changes to public streets, and other improvements are subject to the City’s jurisdiction.

In 1976, when UCSF produced a Long Range Development Plan (LRDP) for their campuses, the specific plans for the Parnassus Heights campus were described in a Regents-adopted resolution (“1976 Resolution”). In this document, UCSF commitments included:

These commitments in the 1976 Resolution were in response to community and city concern and are still in place today.

In 1987, the City of San Francisco and UCSF signed their first MOU, in which both bodies agree to ongoing cooperation. The 1987 MOU is available under the Supporting Information tab.

The Comprehensive Plan for Parnassus Heights proposed a phased redevelopment of the campus: new state-of-the-art medical buildings, teaching and learning facilities, public open space, and housing for students and staff. These proposals would require the Regents to amend the “space ceiling”, among other things.

An informational presentation about the Plan and MOU is provided to the Planning Commission on January 7, 2021. The materials are available here.

An informational presentation about the Plan and MOU was provided at a public community meeting on September 29, 2020:

An informational presentation about the Plan and MOU was provided to the Planning Commission on June 4, 2020. The materials are available here.

You can find more information about the Comprehensive Plan for Parnassus here: https://www.ucsf.edu/cphp

The comment period of the Draft EIR closed September 11. You can read the City's comment letter here, and the Notice of Determination here.

For additional information on the Memorandum of Understanding between the City of San Francisco and UCSF regarding the Comprehensive Parnassus Heights Plan, please contact us at CPC.ParnassusMOU@sfgov.org.

To stay informed about the Comprehensive Parnassus Heights Plan, its EIR, and Plan implementation, please sign up for UCSF Parnassus Heights email notifications and indicate which neighborhoods you would like updates on.