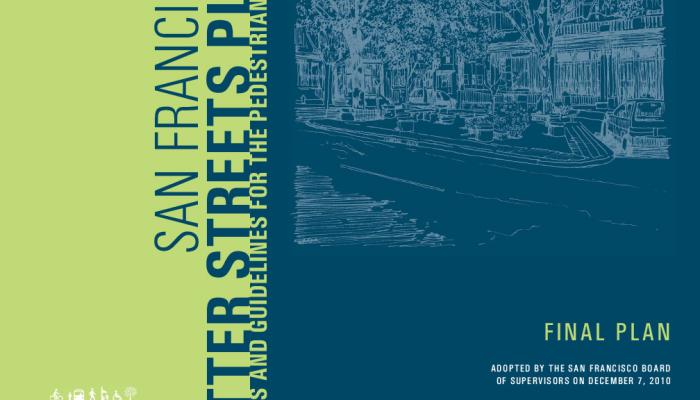 The Better Streets Plan creates a unified set of standards, guidelines, and implementation strategies to govern how the City designs, builds, and maintains its pedestrian environment.

The Better Streets Plan process brought together staff of multiple City agencies to comprehensively plan for streets. The Plan seeks to balance the needs of all street users, with a particular focus on the pedestrian environment and how streets can be used as public space. The Plan reflects the understanding that the pedestrian environment is about much more than just transportation – that streets serve a multitude of social, recreational and ecological needs that must be considered when deciding on the most appropriate design.

The Final Better Streets Plan was adopted by the Mayor and the Board of Supervisors in December 2010, and took effect on January 16, 2011.