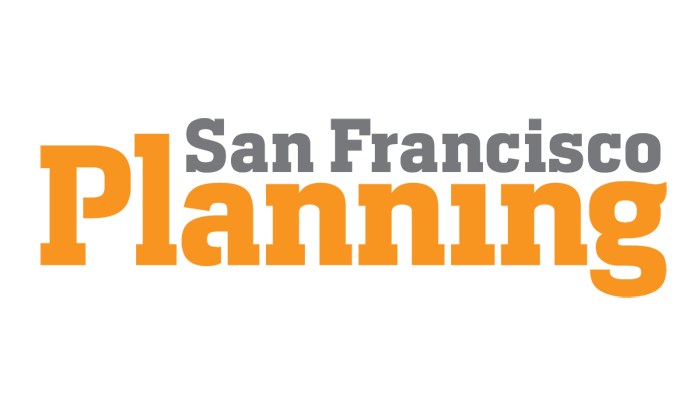 This cover memorandum provides a collective summary of the departmental responses and provides clarity to the area subject to regulation by the Ballot Initiative. This memorandum also describes:

A summary of the key issues raised by the departments are available below. To view the entire departmental response, click on the department name to download the original PDF letter.

The Port of San Francisco's Ten-Year Capital Plan identifies a total need of $1.6 billion over the next ten-year period, primarily for deferred maintenance and subsystem renewal work required on Port facilities.

The Port's industrial southern waterfront comprising 175 acres is largely zoned at 40 feet.  Prior development analysis indicates that low-rise, single-story industrial development in this area is not economically feasible.

Public-private development projects represent nearly 43 percent of the total funding identified in the Capital Plan.  While it is too early to determine the true impact of a voter approval requirement for rezoning of height on either of the two existing Port development projects or future projects, the need for voters to approve height increases will likely:

The complex analysis and weighing of alternatives for major land use development is difficult, at best, to resolve with an initiative that by nature reduces the choice to yes or no. Under today's process various advisory committees, the Planning Commission and other City Commissions, as well as the Board of Supervisors seek to shape the project before them to maximize the public purpose.  Under the proposed process, voters have a binary choice to approve or disapprove a height change in a ballot measure that also may include other project elements and amenities such as proposed uses, amount of parking, and/or size of buildings. In many instances, the potential developer likely would chose to craft a ballot measure that included detail specific aspects of a project in addition to height limits and those aspects of the project also would be approved by voters if the measure passes. Depending on the nature of required ballot measures that would evolve from Proposition B, such measures could enable developers to bypass otherwise mandatory environmental review, professional analysis, public response, commission hearings, and legislative review in advance of the election on the project. The layered review and public processes that exist today evolved after decades of vigorous public discourse, planning, and action, some of which is highlighted in our attached letter, resulting in the Port Lands being the most regulated lands in San Francisco.  The current review and public process likely would be altered and occur at different chronological periods in the various stages of project approval.

While the Department seeks to adopt land use regulations, including height limits, that can withstand the test of time; we also understand that regulations need room to grow to support San Francisco today and tomorrow. Our letter describes the forces that led to past change and acknowledges that change will come again. It is our task to develop and stand ready to revisit, when necessary, a regulatory structure that best shapes and guides that change. From a policy perspective, it is uncertain that a single citywide vote on a ballot measure concerning waterfront development that is drafted by developers, with all its planning and zoning complexities, can adequately substitute for the intense public and substantive scrutiny offered by the existing review process.

The ballot initiative could impact future development potential and thereby developer funding for public right-of-way amenities. Because the initiative does not restrict what developers can place on future ballot measures to raise heights; developers may include specifications that conflict with the requirements and standards in the Public Works Code and other Municipal Codes.  This may reduce DPW's ability to ensure projects conform with established standards and maintenance practices. In addition, the public right-of-way within the "waterfront area" has no prescribed height limits, but future  parcel assemblage may necessitate a vote of the people to apply existing neighboring height limits to areas without current height designations.

It is difficult to know in advance the precise impact the initiative measure would have on development, including affordable housing development, on Port-owned property.  What impact is inevitable, should the initiative pass, are delays to projects currently in the public planning and predevelopment phase.   The extent to which private developers are willing to engage in individual public ballot initiatives in addition to existing Planning and Port processes and review will ultimately determine the impacts of the Waterfront Ballot Initiative on the production of affordable housing.

Office of Economic and Workforce Development

Adoption of Proposition B would add delay and cost for the Seawall Lot 337 and the Pier 70 Waterfront Site projects, which intended to pursue increased height limits under the term sheets previously endorsed by the Port Commission and the Board of Supervisors.  This dynamic would in turn limit the capacity of the Seawall Lot 337 and Pier 70 Waterfront Site projects to contribute towards the achievement of the targets for market-rate and affordable housing production by the year 2020 as set by the Mayor in the State of City address.  The construction and permanent employment benefits to the larger San Francisco economy from these projects would be similarly delayed and potentially eroded depending on the ultimate outcome of the required ballot approval process.

Office of Community Investment and Infrastructure

The voter initiative would not affect the Candlestick Point-Hunters Point Shipyard Phase II Development Project because the Project received its master entitlements on August 3, 2010 and are generally not under the jurisdiction of the Port.  There are a few residual lands and rights-of-way, however, that have not yet been conveyed to the OCII and some additional lands which were transferred to the City pursuant to the burton Act and thus may be subject to the Ballot Initiative.

Potential Effect on the Capital Plan

In consultation with Capital Planning staff, the Planning Department believes that the Ballot Initiative may have the following impacts to capital planning:

The Planning Department would like to clarify that if the Ballot Measure passes, it would not affect the entire waterfront.  A reasonable person could conclude that the "waterfront development" contemplated in the Measure's title means development that fronts, at least in part, water. In fact, the term "waterfront" is defined in the final section of the Measure to generally mean any property under the ownership or jurisdiction of the Port of San Francisco.  The attached map shows the limited nature of these lands, which do not include property facing the Pacific Ocean, Presidio lands, or anything east of the South End Rowing and Dolphin Club.

Many Port lands, particularly in the southeast part of the City, have no water frontage and are located as much as a half-mile from the water. Similarly, Port lands in the northeast part of the City can be located notably inland (west) of The Embarcadero. For example, properties at the corners of Illinois & 22nd Streets and Vallejo & Front Streets would be within the scope of the Measure but would not, by most reasonable definitions, be considered "waterfront" properties.

See the attached generalized map for the Port Lands that would be affected should the Measure be approved by the voters. In addition, as described in detail in OCII's letter, there are residual street right-of-ways and paper streets that may also be captured in the definition of "Waterfront" under the proposed Measure's terms.

Under the direction of the Planning Commission, shapes the future of San Francisco and the region by: generating an extraordinary vision for the General Plan and in neighborhood plans; fostering exemplary design through planning controls; improving our surroundings through environmental analysis; preserving our unique heritage; encouraging a broad range of housing and a diverse job base; and enforcing the Planning Code.