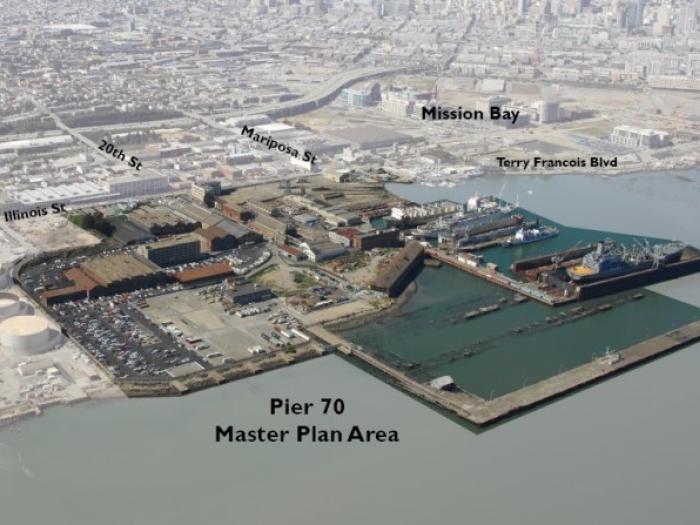 Pier 70 is a Port of San Francisco site that is approximately 69-acres located in the City’s Central Waterfront, generally between Mariposa and 22nd Street, east of Illinois Street. This site has been identified as a future National Historic District due to its over 150-years of continuous operations in Ship Building and Repair, the role it has played in the industrialization of the Western United States, the war efforts and architectural and engineering feats.