The ordinances that enacted the Eastern Neighborhoods Area Plans (including Western SoMa), approved by the Board of Supervisors, require that the Planning Department produce five-year reports monitoring residential and commercial developments in those neighborhoods, as well as impact fees generated and public and private investments in community benefits and infrastructure. The first set of monitoring reports for Mission, East SoMa, Showplace Square/Potrero Hill, and Central Waterfront were published in 2011, covering the period from January 1, 2006 through December 31, 2010. Because Western SoMa was adopted in 2013, no monitoring reports have been produced for that Area Plan. However, due to its geographic proximity and overlapping policy goals with the other Eastern Neighborhoods, Planning Department staff, in consultation with the CAC, has shifted the reporting timeline such that the Western SoMa Area Plan Monitoring Report 2011–2015 will be the first five-year report and set the calendar so that future monitoring reports are conducted alongside the other Eastern Neighborhoods.

As required by the ordinance that approved the Eastern Neighborhoods Plans, this report tracks all development activity that has occurred in the Plan Areas between 2011 and 2015 and the pipeline as of December 31, 2015. 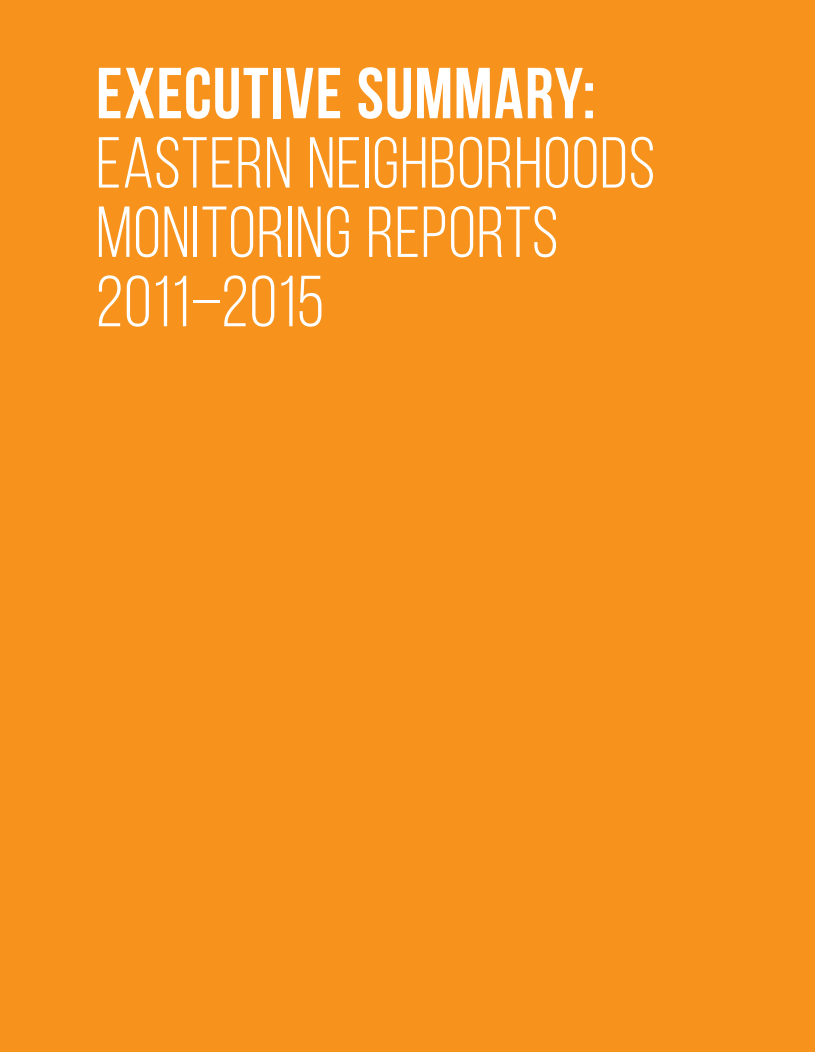