Due to COVID-19, the Planning Department is operating remotely and the Permit Center is open on a limited basis. Find more information on our services here.
Friday, May 7, 2021: We are experiencing technical issues with some of our links. We apologize for the inconvenience and are working to restore them. 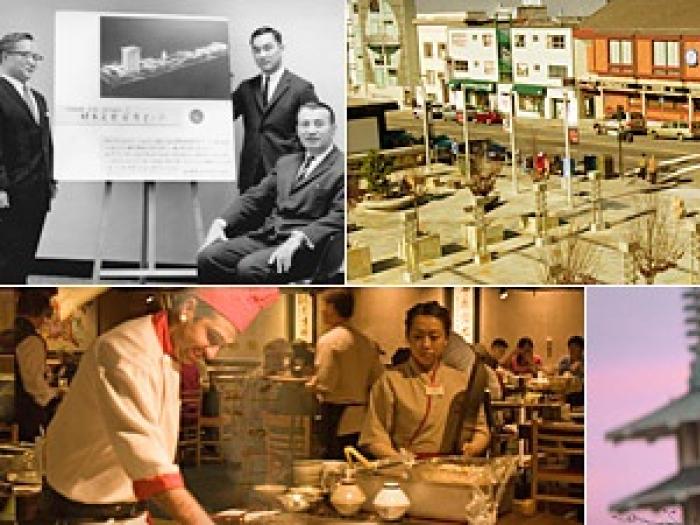 The Japantown Cultural Heritage and Economic Sustainability Strategy (JCHESS) is about developing the vision for this neighborhood, focusing on economic development, preserving and enhancing the historic and cultural uses and buildings, and making physical improvements within the project area (see map below). It represents a collaborative effort between the Planning Department, the Office of Economic and Workforce Development, and the Japantown community.

JCHESS Adopted - Between September 18 and October 1, 2013, resolutions in support of the JCHESS were unanimously adopted by the Historic Preservation Commission, Planning Commission, and Board of Supervisors. The JCHESS is now complete.

An initial Draft of the JCHESS was released on February 12th. Download it here.

A Community Meeting was held on February 26th, 2013. The presentation, comments and responses to that meeting can be found on the Supporting Info tab.

An informational hearing was held on the JCHESS on July 17, 2013 at the Historic Preservation Commission and July 18, 2013 at the Planning Commission. The Cultural Heritage and Economic Sustainability Strategy builds off several previous efforts to enhance Japantown's economy and social heritage, including:

Components of the Strategy

The Cultural Heritage and Economic Sustainability Strategy will contain in one place a range of tools to support Japantown. These include the following:

The Japantown community and Planning Department are interested in moving seamlessly from the endorsement of the JCHESS to its implementation.

The first step was the introduction of legislation to create a Japantown Neighborhood Commercial District.This legislation was initiated by the Planning Commission on September 19, 2013. Click here to see the proposed legislation.

A community meeting was held on February 26th 2013 to discuss the Draft Japantown Cultural Heritage and Economic Sustainability Strategy (JCHESS). Download materials from the meeting below:

The draft plan will continue to be revised and reworked with the community based on the acknowledgement resolution adopted by the Planning Commission. If you have not already read the draft plan, read it below. If you have ideas to offer, stay involved in the process.

You can review each chapter individually by clicking on the links below:

Appendices
There are also a number of appendices referenced in the Japantown Better Neighborhood Plan. Click below to download them.