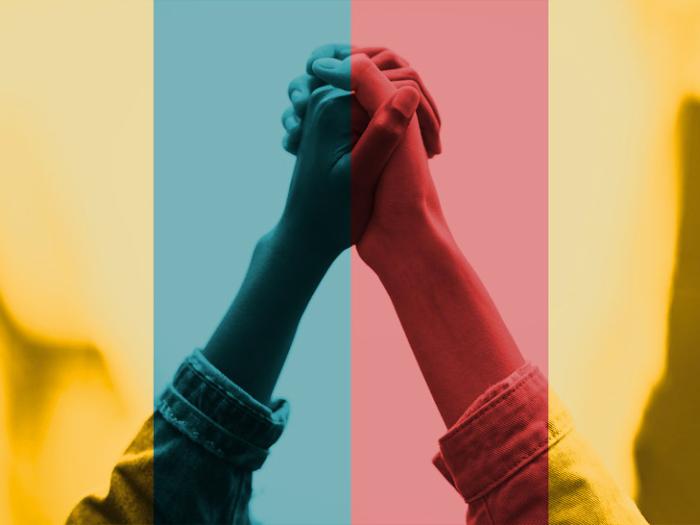 The Equity Council is a group of community leaders dedicated to addressing racial and social equity.  Through thoughtful and collaborative deliberations, they are advising City staff on strategic policies, strategies and investments, and elevating the voices of our diverse communities in City decisions.

Racial and social inequities have long been part of the intrinsic make up of our country and have deep-seated roots in the laws, policies, and ordinances we’ve passed throughout history. Like many cities across the country, San Francisco has had its share of discriminatory practices constraining the resources and well-being of American Indian and Black communities as well as other communities of color and low-income communities.

In 2020, San Francisco Planning Commission and Historic Preservation Commission adopted resolutions centering the Planning Department's work program and resource allocation on racial and social equity. This Equity Council is a response to these resolutions and to the guidance from the Office of Racial Equity to ensure the representation of our diverse communities to address the current crisis and resolve historic inequities.

This Equity Council is a group of eleven San Francisco leaders advising City staff on racial and social equity priorities, policies, strategies, and investments.   A critical part of the Equity Council's work plan is to develop a platform and a process for deeper community engagement to ensure productive dialogues between city agencies and our community organizations, networks, and coalitions serving communities of color, low-income communities and other vulnerable populations.

The Council will focus on five priority tasks:

Planning staff consulted with various community and City leaders about the formation of a Community Equity Advisory Council. Their advice focused on the following considerations:

Based on this advice, Planning Commissioners, City agencies directors, and Planning staff reviewed the 45 interest forms submitted by the various community networks and organizations to identify eleven participants to bring diverse perspectives including:

This selection process was focused on ensuring that the selected participants have the trust, guidance and access to the communities that they represent. These eleven council members will never completely represent the complexity and diversity of communities in San Francisco, but the Council will rely on the multiple existing dialogues, networks, coalitions and organizations to capture the diversity of voices in San Francisco. 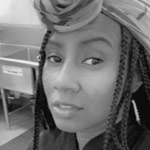 Tiffany Carter is a visionary restaurateur, entrepreneur, investor and a classically trained Chef. She is the owner of Boug Cali one of the few brick and mortar Black restaurants in San Francisco. Known respectfully as Neighborhood Tiff, she is a San Francisco native from Bayview Hunters Point who believes that Black culture and representation are critical pieces of the City’s history. As a community stakeholder and mother to a young Blacktivist, Tiffany is focused on developing and protecting Black space, Black equity, and Black culture in San Francisco. 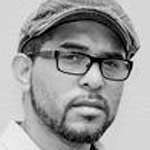 Majeid Crawford is the Executive Director of New Community Leadership Foundation (NCLF). NCLF’s volunteered based, 501(C)(3) organization was established in San Francisco’s diverse and historic Fillmore neighborhood in 2015 Through programs encompassing cultural upliftment, historic preservation, economic development, civic engagement, artistic empowerment, equity advancement, and much more, NCLF is working to empower San Francisco’s Black community while uniting with all of San Francisco’s stakeholders and decisionmakers to work collaboratively toward bold initiatives for economic and racial justice. NCLF’s ultimate goal is to give every San Francisco resident a fair chance at a high standard of living and an equal chance to live the dream in SF. 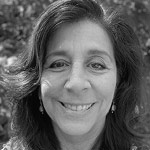 Norma P. García, Esq. became the first Director of Policy and Advocacy at the Mission Economic Development Agency (MEDA) In 2017. MEDA is a San Francisco economic development nonprofit organization founded in 1973. She brought over two decades of experience as an attorney and public policy expert to lead the organization’s efforts to secure laws and policies that promote economic and social justice for MEDA’s clients and community. Using her skills to advance MEDA’s mission is deeply personal for Norma, as she is a Mission native and the daughter of Mexican immigrant parents. At a young age, her calling as a lawyer was inspired by the Civil Rights movement as a tool to combat racial inequality and to open avenues for greater civic participation in our democracy. This passion continues to guide her work today. 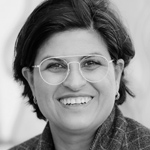 Mahsa Hakimi is the founder of Hakimi Law PC, a boutique business and intellectual property law firm in San Francisco focused on protecting the creative talent and legal interest of artists and entrepreneurs. Prior to starting her firm, for over a decade she served as the General Counsel for the Amidi Group of companies, a global conglomerate consisting of several domestic and international subsidiaries, including Plug & Play and Amizdad Partners, leading Silicon Valley startup incubator and early-stage investment firm. In addition to her practice, she has taught various IP courses specific to Art Law & Trademark as an adjunct professor at GGU Law School. She currently serves on the Advisory Board of UCSF Alliance Health Project and Castro LGBTQ Cultural District, where she served as the Interim Co-Chair of the organization. 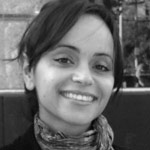 Lara Kiswani is the Executive Director of Arab Resource & Organizing Center (AROC), serving poor and working-class Arabs and Muslims across the San Francisco Bay Area, and organizing to overturn racism, forced migration, and militarism. Lara is from Beit Iksa and Aqir, Palestine, and was born and raised in the San Francisco Bay Area. She received her master’s in education at San Francisco State University, and a bachelor’s degree in International Relations at the UC Davis. Lara has been active in movements against racism and war, for Palestinian self-determination, and international solidarity for the last 20 years. In 2015 Lara was granted the Leader Spring Center fellowship and awarded the Vera Haile Champion of Justice from the San Francisco Immigrant Rights Commission in 2017. In 2016, Lara represented her community as part of the historic Black and Indigenous delegation to Palestine. In 2019, AROC cohosted San Francisco City Hall’s first-ever Ramadan iftar. Lara is currently a San Francisco Foundation Mission Neighborhood Koshland Fellow, 2021 Yerba Buena Center for the Arts 100 Honoree, and a faculty member at San Francisco State University in the College of Ethnic Studies. 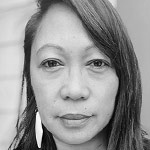 For 15 years, serving as a legislative aide at the San Francisco Board of Supervisors, Raquel has worked with communities of color to develop policies that advance racial equity in the City. She was instrumental in crafting legislation to create the strongest local hiring law in the nation for women and BIPOC workers in construction trades, strengthen Sanctuary City policy protections for immigrants and expand tenant protections for seniors, low-income families, and LGBTQ community members. Working on the City budget, she helped preserve the social safety net for BIPOC communities and working families during the Great Recession. 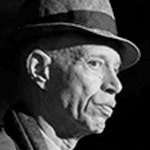 For the last 15 years, Del Seymour advocated for economic parity for those in life transitions. He worked to ensure dignity, preserve history, and create economic health pathways in San Francisco and the Bay Area. He founded Tenderloin Walking Tours in 2008 to convene old and new residents while highlighting the vibrant Tenderloin neighborhood through historic preservation. Since its inception, 20,000+ visitors have followed him on a rich cultural journey towards a better understanding of the barriers for homeless individuals in the Tenderloin. He expanded his mission with Code Tenderloin, which focuses on barrier removal and workforce development that restores dignity and opens economic well-being pathways for the unhoused, formerly incarcerated, and those struggling with addiction. 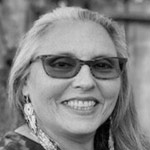 Mary (Mayagna, Chortega, Seneca) volunteers for Indian Ed and sits on the SFUSD School Names Advisory Committee. Mary was born, raised and educated in San Francisco. She has roots with Alcatraz, Wounded Knee occupation, and the American Indian Movement. In the 70's she frequently spoke at rallies and networked with many other emerging political activist groups in the San Francisco Bay Area that advocated for racial equality, freedom of political prisoners and more. Mary is privileged to know and stand with many leaders that fought against the racial and political oppression that was prevalent in this Country (and still exists). 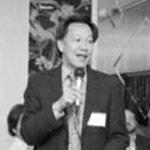 After almost 10 years in the private sector, Ben transitioned into the nonprofit world through various community based organizations. His 20 plus years of nonprofit experience includes direct service with children, youth, families, and communities, project and program management, and executive and board management. He possesses a background and interest in education, youth development, child development, and juvenile justice. 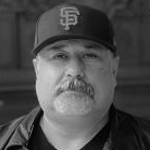 William Ortiz-Cartagena, born and raised in the San Francisco’s Mission District, has over ten years in the hospitality industry enjoying a successful career with Joie de Vivre hospitality. After leaving Joie de Vivre, William founded several companies and now focuses his efforts on the challenges experienced by underserved communities in San Francisco. William has served on various non-profit Boards, including as a former Board Chair of the Mission Economic Development Agency. He is currently serving as the Latino Task Force's Subcommittee Chair for Small Business. William founded and serves on the Board of Clecha, a non-profit that focuses on small business assistance services.

The Equity Council addresses key equity issues through working groups, developing four strategy areas including Community Visibility, Housing Stability, Wealth and Jobs, and Integrated Community Strategies. These strategies will evolve with collaborative analysis from the Equity Council and the Planning Department over the 18-month period during which the Equity Council convenes. Some strategies can be implemented in the short-term while others will require long-term timelines due to structural or infrastructural contexts. This page will continue to be updated to reflect meaningful developments in the Council’s key strategies. 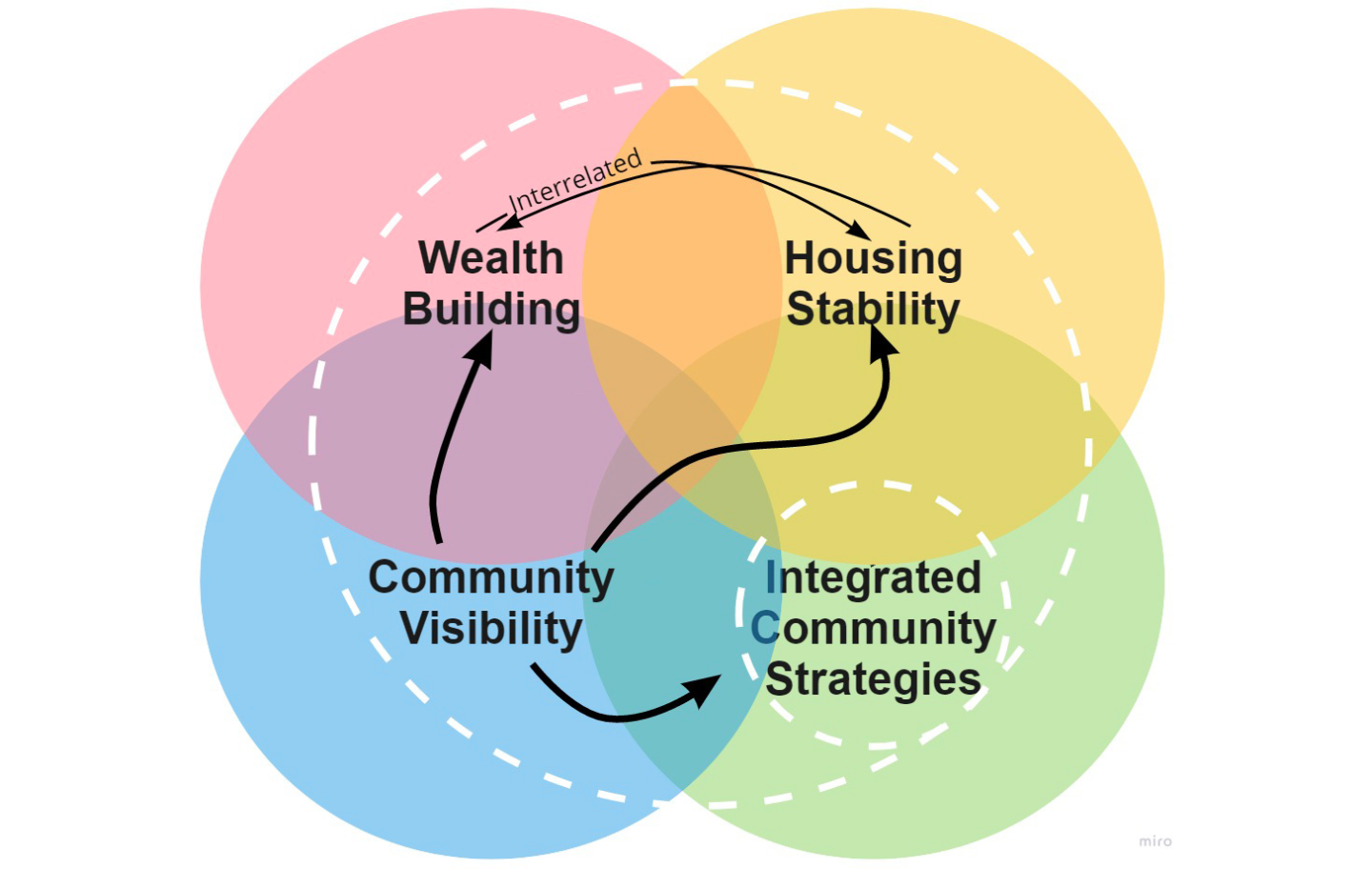