REDUCED CAPACITY DURING THE SHELTER IN PLACE ORDER
The Planning Department is open for business. Most of our staff are working from home and we’re available by e-mail. Our Public Portal, where you can file new applications, and our award-winning Property Information Map are available 24/7. Similarly, the Board of Appeals and Board of Supervisors are accepting appeals via e-mail despite office closures. To protect everyone’s health, all of our in-person services at 1650 and 1660 Mission Street are suspended, and the Planning and Historic Preservation Commissions are cancelled until April 9, at the earliest.
Click Here for More Information 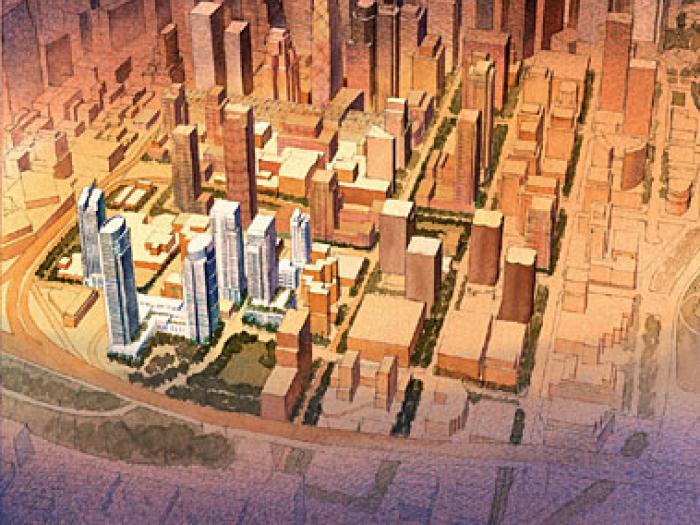 The Rincon Hill Area Plan – a Sub Area Plan of the Downtown Plan, was adopted in August 2005 into the General Plan.

The goal of the new Rincon Hill Plan is to encourage the ongoing transformation of the area into a new mixed-use residential neighborhood adjacent to the downtown, with both strong urban design controls and implementing mechanisms to fund the necessary public infrastructure, including open space, streets, community facilities, and affordable housing.

The goal of the new Rincon Hill Plan is to encourage the ongoing transformation of the area into a new mixed-use residential neighborhood adjacent to the downtown, with both strong urban design controls and implementing mechanisms to fund the necessary public infrastructure, including open space, streets, community facilities, and affordable housing.

The Rincon Hill Plan provides the blueprint for a dynamic new neighborhood to take shape just south of downtown. Together with plans for the Transbay area, it will create housing for as many as 20,000 new residents. The plan calls for retail shops and neighborhood services along Folsom Boulevard, and transforming Main, Beale, and Spear Streets into traffic-calmed, landscaped residential streets lined with townhouses and front doors. Funding is also included, from development impact fees, for the acquisition and development of open space in the district.

This plan was the first neighborhood plan adopted by the Planning Commission in more than 10 years. It ensures top-quality residential development at a neighborhood scale, with 4 to 8 story buildings on the street and slender residential towers interspersed at heights ranging from 250 to 550 feet. The tallest towers are slated for the top of Rincon Hill, where they will form a distinctive new element on the City's skyline. Standards for tower bulk and spacing are designed to maximize light and air and to frame dramatic views to and from the district.

The plan is the culmination of extensive public planning. Starting in 2003, more than 30 workshops, hearings and walking tours solicited the input of existing residents and businesses, advocates and other public agencies. The result is a plan that balances Rincon Hill's potential to provide much-needed housing with the design requirements of a livable neighborhood.

By establishing a clear blueprint for change, the Plan creates certainty for the development community and the neighborhood. Projects representing 75% of the plan's housing potential have already been submitted for approval.

1  Depending on whether the units are provided on- or off-site, as allowed by the City's Planning Code.

Board of Supervisors - Land Use and Transportation Committee

The Rincon Hill area is south of the Financial District and north of the South Beach neighborhood. The area is bounded by Folsom Street, The Embarcadero, Bryant Street, Beale Street, the Bay Bridge approach, and the Transbay Terminal ramps. The area contains approximately 55 acres of land, and includes more than 70 parcels.